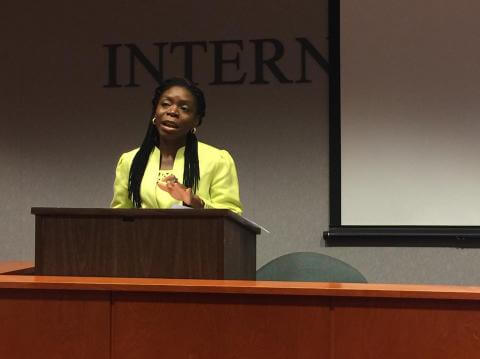 The Sahel is a region made up of centuries old routes that involves movements amongst the following countries: Niger, Mali, Chad, Morocco, Algeria, Tunisia, Mauritania, Libya. The routes run by informal and criminal networks. The region is one of the poorest regions of the world and two-thirds of its 70 million inhabitants are under the age of 25. The Sahel routes are used to move people, goods, weapons and drugs. The border Communities of the Sahel countries are far away from capital with no facilities to allow socio-economicactivities to thrive. The region needs effective border control, accountable criminal justice systems and strengthened law enforcement capacities to tackle the problem of organized crime.

The most sought-after point of entry for migrants is Europe by sea through Central Mediterranean route. The city of Agadez in Niger is the most important smuggling hub for destination to Libya, while Arlit in Mali is another hub to depart for Algeria.

Sexual exploitation is a major form of Human Trafficking. Verbal, psychological and sexual abuse is prevalent with often forced organ donation by the victim (blood, body parts). It is a highly lucrative crime generating billions of dollars of annual profits globally. The migrants are smuggled in extremely dangerous circumstances and in most cases, most never reach destination due to death on the high sea. Others are stranded in cities of transit with an estimated 700,000 to 1 million migrants currently present in Libya as at July 31st, 2017.

HUMAN TRAFFICKING AND GENDER BASED VIOLENCE - A look at Nigeria

The target of the traffickers is usually women. Of the 345 women rescued and returned to Nigeria, 246 were women. The traffickers are usually people of trust offering false promises of jobs. Trafficking in Nigeria involves extortion of large amounts of money (between 1,000 – 2,500 dollars collected per person to facilitate the travel), oath swearing practices with incisions performed on the women’s body and threats to the women to prevent exposure. As of July 9, 2017, according to the International Organisation on Migration, 80% of the 4,882 Nigerian female migrants that had arrived Italy will be subjected to sex trafficking.

CONDITIONS OF FEMALE VICTIMS OF TRAFFICKING

Female victims of human trafficking are usually subject to reprisals and re-trafficking due to outstanding debt to traffickers. They also have to deal with the problem of the trauma done to their bodies and they encounter quite a lot of stigma from the community they live in. On their return, they are also disconnected from the necessary networks needed to facilitate adequate reintegration into society.

There is a continued need for advocacy by NGO’s to warn the youth on the dangers of irregular migration. Dealing with the trauma of the victims to enable them lead normal lives is also essential. Finally promoting research that develops successful models/framework to facilitate reintegration of the trafficked victims into society is also needed.

Regarding my appointment to this panel, I was invited to discuss the work I have done both domestically and internationally with respect to trauma treatment as it relates to the current project being designed in collaboration with the Pan African Institute for Global Affairs and Strategy (PAIGAS), Howard University’s Department of African Studies, the 2017 Washington Mandela YALI Fellows, and associated service providers in the re-integration of identified Nigerian sex trafficking victims. As an International TraumaticStress & Integrative Healing Consultant with specific expertise in the field of trauma recovery and gender-based violence, particularly against women, I offered insight not only into howtrauma treatment can be delivered to these victims but more importantly why it is so vital to their successful re-entry back into society. In order to understand the latter, it is important to first discuss the mission of this project currently being spearheaded by Oluwatobi (‘Tobi’) Osobukola.

Ms. Osobukola has been designing a multicultural entrepreneurial program that will assist existing efforts in the re-integration of identified Nigerian trafficking victims. Using a multi- disciplinary approach which recognizes treating the trauma these women have endured as a result of their experience must be first and foremost, I was consulted to incorporate anintegrative trauma treatment component to serve as the foundation of these efforts. As the main objective of this program is to provide these women not only with the requisite job skills for entry into the labor force but also the confidence and self-empowerment to help them be successful, helping these women understand, process, and deal with the trauma that has been inflicted upon their bodies as well as their psyche must be paramount to any re-integration effort, especially with respect to re-integrating them into a society or cultural environment which has most likely betrayed them as much of the trafficking begins with someone inside the community or familial structure itself. Trauma lodges in every crevice of the body from the musculoskeletal system to the autonomic nervous system (ANS) and to the organs and fluids all the way down to the cellular level. I have developed a unique, gentle, non-invasive approach that addresses the trauma on many levels including the physical, mental, emotional, energetic, nutritional, and spiritual levels and have trained medical and behavioral health practitioners on how it can be applied to begin bringing a traumatized victim back from a place of fracturing to wholeness.

I should mention that I addressed at the outset how my racial and ethnic background, as well as my nationality, as a Caucasian American woman might be cause for concern given the nature of this project in Nigeria. My answer was quite simple and straightforward: trauma does not discriminate. When we peel away the layers of the onion, trauma has an insidious way of cutting through every outer layer of our identity whether it be race, ethnicity, socioeconomic class, gender, etc. until it taps into and reaches the core of our human existence – our soul. As a survivor of trauma myself, I shared with the audience my personal relation to trauma having grown in an abusive environment and having to endure sexual and emotional abusemyself. Furthermore, I have international experience designing holistic behavioral health programs in Iraq and working with Rwandan officials to address systemic approaches to treatment of PTSD for victims of the genocide, as well as counseling refugees of Sierra Leone displaced due to civil war. As such, regardless of race, ethnicity, or nationality, and the fact that trauma does not discriminate based on any of these factors, I am very much looking forward to working with this international team to create a landmark program for the re-integration of Nigerian sex trafficked victims and using the lessons learned to apply this approach globally beyond Nigeria. To learn more about Paige please go to http://www.paigevaldiserri.com/.